We all need kitchen appliances that save time, and it’s just an extra bonus if it saves money too!

It can be so easy to waste all of your time slaving away in the kitchen, especially if you are trying to eat healthy.

I’d estimate that approximately 80-90% of my family’s diet is homemade. Small kitchen appliances have saved me so much time and money.

Below I’m sharing my top 5 kitchen appliances that can save you time and money, why or when they’d be appropriate for you, and any pros and cons that I have noticed in my years of using them.

We have the Aroma Professional 20-cup Rice Cooker. It is one of my favorite kitchen appliances to save time! It’s not uncommon for me to take it down 3 or 4 times a week to make rice.

We enjoy eating rice in many different ways. Stir fry, orange chicken, taco chicken bowls, rice oatmeal, and fried rice are all favorite in this house.

Plus, let’s be real here–rice is cheap. I love that I can buy a 25 lb bag of rice for around ten dollars and it will last us for 5-6 months.

Before we invested in our rice cooker, we almost never ate rice. I knew, in theory, that using rice in more meals would stretch our meals further and allow us to keep a lower grocery budget. But, standing in front of the stove for an entire hour to make it just wasn’t a task I particularly wanted to do.

I’ve used this rice cooker to make rice, beans, and lentils. It comes with a steamer tray so you can steam vegetables, and I’ve even made hard-boiled eggs in it, though it only makes 8 or so. It also has a slow cooker setting, if you want to further minimalize your kitchen.

However, this is likely not a good investment for you if you are avoiding carbs for any reason.

But if you already have a rice cooker just sitting around, I encourage you to try out some new ways to use it!

Check out my guest post over at Unexpectedly Domestic, 5 Delicious Ways to Dress Up Rice.

The CrockPot–or slow cooker, whichever you call it–is the queen of kitchen appliances that save time! This brand has been around for 80 years, so I know I can rely on my CrockPot to get dinner made.

We use ours multiple times a week, especially in the fall and winter. Soups, fajitas, broth, and burrito filling all regularly take up residence in the CrockPot. Its just so easy to just throw everything in and let it do it’s thing.

Next to our rice cooker, I use this kitchen appliance the most to save time. My CrockPot and rice cooker sitting next to each other on the counter top is not an uncommon sight in our house.

Besides, there is something about a slow cooker. Its nostalgic. My grandma had one, my mom had one, and now I have one. I know I can count on it because people have been counting on Crock-Pots for generations.

Personally, I love having a Crock Pot with so many different settings–two high settings, two low settings, plus an automatic “warming” feature. I also love the locking lid feature–it makes transporting it so easy!

We bought a roaster oven two years ago, right before a big Christmas party. I needed to cook two hams to feed everyone.

My slow cooker was too small for even one ham, so clearly two was out of the question! The roaster oven was perfect.

It has turned into my favorite appliance. I’ve actually started calling it my giant crockpot, because that’s how I use it most often. If you set the temperature to 200 degrees, that’s the equivalent of the “Low” setting on your crockpot. If you want to simulate the “High” setting, just set it to 250!

I’ve used this bad boy to cook down 24 pounds of apples. It can roast 2 whole chickens, and then turn around and serve up a whopping 32 cups of bone broth. I’m a huge fan of using batch cooking to save more time in the kitchen, so the roaster oven has been such a time-saver!

Plus, if your oven ever goes out, you can use your roaster oven as a backup for anything that you would do in your regular oven–cakes, breads, casseroles, etc. I’ve never needed to use it this way, but it’s nice to know I can.

I personally have a very cheap one. It has worked fine, but it is a pain to clean. I recommend spending a little bit more to get a roaster oven with a removeable insert–it will make cleaning loads easier.

It is the largest kitchen appliance on this list, so take note of that if you live in a small space with limited storage options. 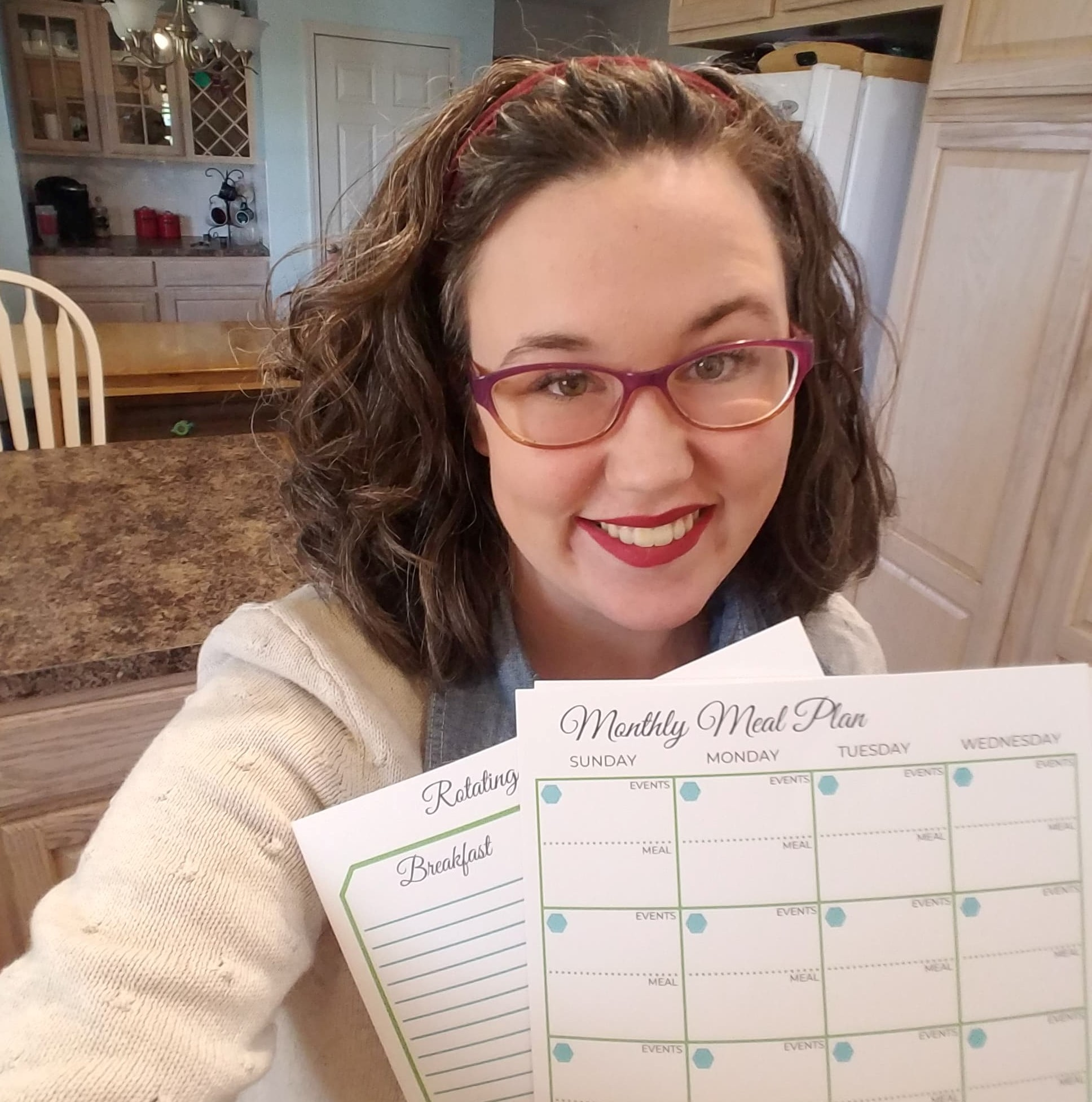 Are you frustrated with the meal planning process? Do you have trouble picking what meals to make, writing your grocery list, and sticking to a budget? My FREE Meal Planning Kit can help! Just enter your name and e-mail below to get it delivered directly to your inbox, and be enrolled in my FREE 3-Day Meal Planning E-Mail Course as an added bonus!

Your Meal Planning Kit is on it’s way!

I originally acquired our bread machine because when my oldest was a baby he had a soy intolerance. Soy is a very common ingredient in the majority of pre-packaged foods.

Especially bread. If you went to your local grocery store and checked every brand and every type, I can guarantee you that 97% of them have some form of soy. And the specialty loaves that don’t will run you $4-$6 per loaf.

Long story short, this particular machine became more of a necessity than a novelty for our family.

But that doesn’t mean that a bread machine wouldn’t be useful in your home too. Imagine having to only spend 5 minutes to make delicious zucchini bread or cinnamon carrot bread that your kids would come running for–what a game-changer!

As an added bonus, your local thrift store likely has a healthy selection of bread machines due to their high popularity in the 90’s. So you can easily find them for a very reasonable price.

And if you have a little more cash to spend, newer models don’t take up nearly as much space as the clunkier 90’s models.

Two years ago, our grocery budget was suffering. We had just moved to the west coast and our money just didn’t stretch as far at the grocery store.

I had to get creative, so I switched to ground turkey as a way to bring our meat costs down. I bought our ground turkey at a local restaurant supply store in 5 lb logs.

But it is way too easy to waste food when you are freezing and thawing 5 lbs at a time. We only needed 1 lb of meat (or when things were really tight, half a pound!) per meal.

I needed to separate 5 pounds out into the portion sizes I would need for a meal. I needed a kitchen scale.

We acquired ours from a sweet neighbor lady who had two of them. She wanted to bless us with the other.

Seriously, though, even if I had bought it, it would have been worth it. By adding a kitchen scale to my arsenal, I was able to freeze my meat flat. By freezing flat, I keep my freezer far more organized and everything thaws faster.

Any cookies that may not be particularly necessary for the website to function and is used specifically to collect user personal data via analytics, ads, other embedded contents are termed as non-necessary cookies. It is mandatory to procure user consent prior to running these cookies on your website.